The spaces and places of Pitti Uomo 97

”As usual, the Scandinavian and Nordic presence at Pitti Uomo was undeniably strong” writes Philip Warkander when he shares his highlights and insights from Florence.

It’s a well-known fact that fashion is defined by its relation to time — in the most basic sense of the world, fashion is synonymous with continuous change. This is why, at any given moment during the year, there seem to exist numerous fashion events, weeks and fairs around the world, where novelties are being broadcasted and turned into commodities. But, what is time without space? How can time be measured if it is not interconnected with a certain place? Time in a vacuum can neither be seen nor experienced, but needs the material world to come into existence.

In many ways, the theme of Pitti Uomo 97 (January 7-10) was indeed ”place”. During his inauguration speech at Palazzo Vecchio, Florence Mayor Dario Nardella spoke about the city’s inherent qualities — home to many of the world’s leading scientists, artists and philanthropists throughout the centuries. Florence is (and has always been) at the same time static and everchanging, a symbol of cultural development in everything from art and architecture to fashion and interior design.

If places somehow help define occurrences and events, what then is the connection between Scandinavia as a geographical region and Scandinavian fashion as an aesthetic expression? Has the unique Scandinavian landscape, its rich history of art and intense socio-political developments affected and informed the garments we wear? Does it affect what we feel comfortable in and what we rather not are seen wearing in public?

As usual, the Scandinavian and Nordic presence at Pitti Uomo 97 was undeniably strong. One of the most anticipated events was the Fiskars presentation of their first clothing collection ever, presented as a kind of installation in Palazzo Pucci’s grand Salone di Apollo. Filling up the entire room, young models dressed in Fiskars’ clothes for gardening and farming were attentively planting, cutting and watering their plants while music played, drinks were being served and guests walked around inspecting both garments and plants. The day after, in a conversation with designer Maria Korkeila, she explains that, “Fiskars only produce things that are necessary, that you can use to complete a task. This way of thinking has been ingrained in the company ever since it was first founded in 1649. The company is still based in the same village — that they now even own — and the collection was hugely inspired by the landscape and scenery of this particular place.” Fiskars was once considered so important to the national economy that it was instrumental in developing the train system and introducing electricity in Finland. The collection is marked by the signature colour of Fiskars — orange — immediately recognized through its association with the iconic Fiskars scissors. 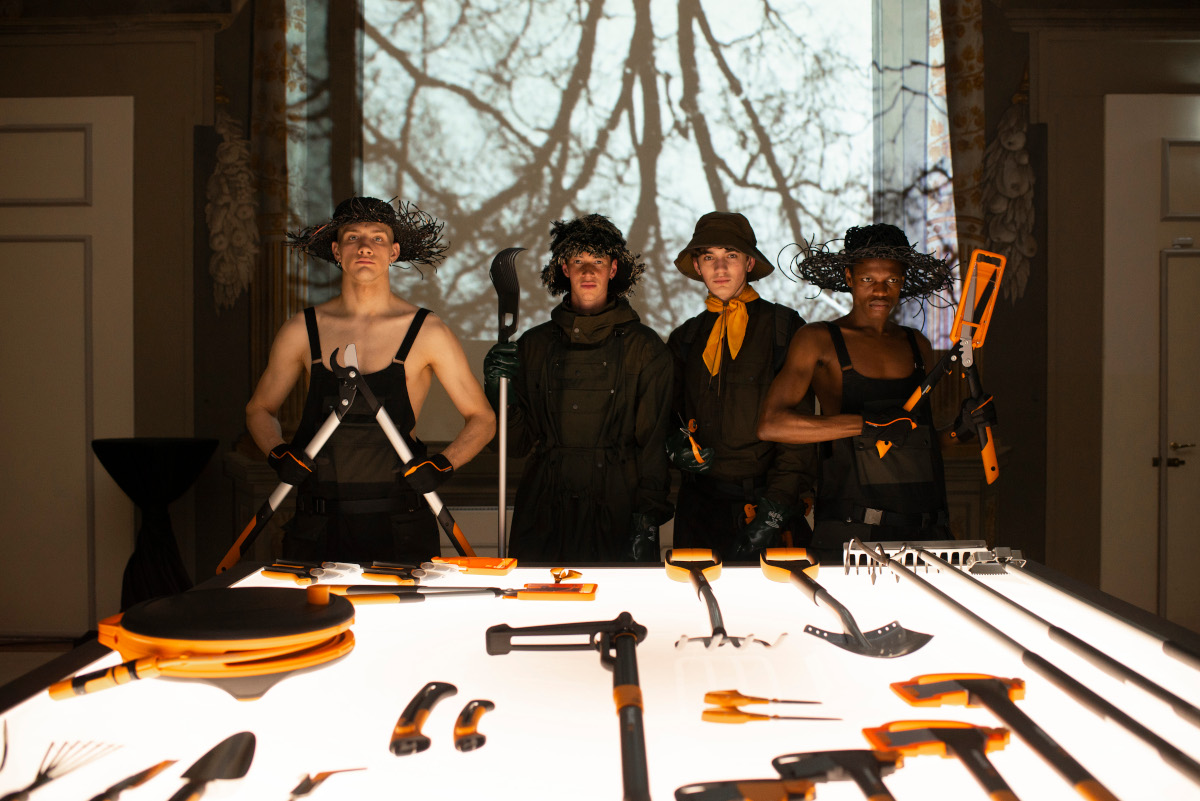 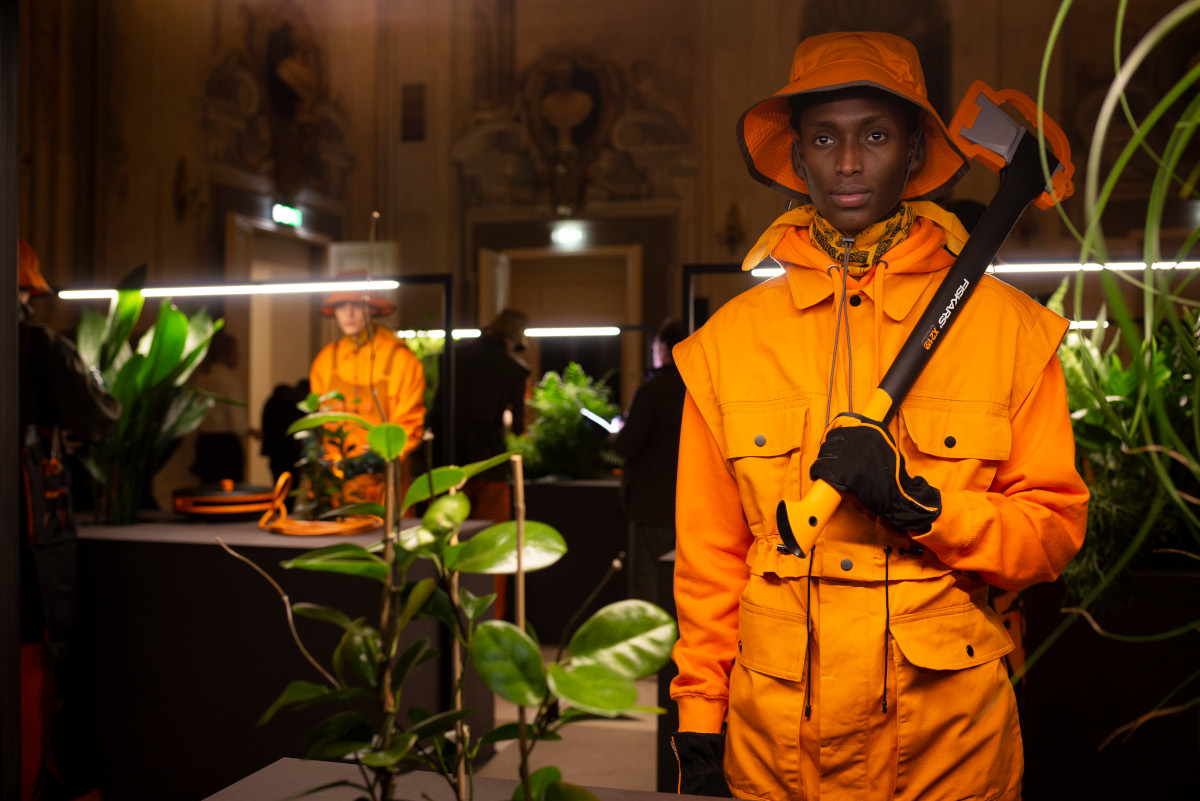 A few blocks away from Palazzo Pucci, in the ”Duomo Presidential Suite” at the debonair Hotel Savoy, Eton showcased their AW20-collection. The inspiration was in this case not geographical, but instead a study of time: How was the future perceived in the past? This retrofuturistic perspective has resulted in patterns of rocket ships, ultrafast cars and other technological visions that in the past defined the idea of the future. The collection is therefore informed by speed and accelerated pace. The colour palette is dusty, sombre and slightly burnt. One garment in particular stands out — the popover shirt in flannel with zip, with wide vertical stripes. 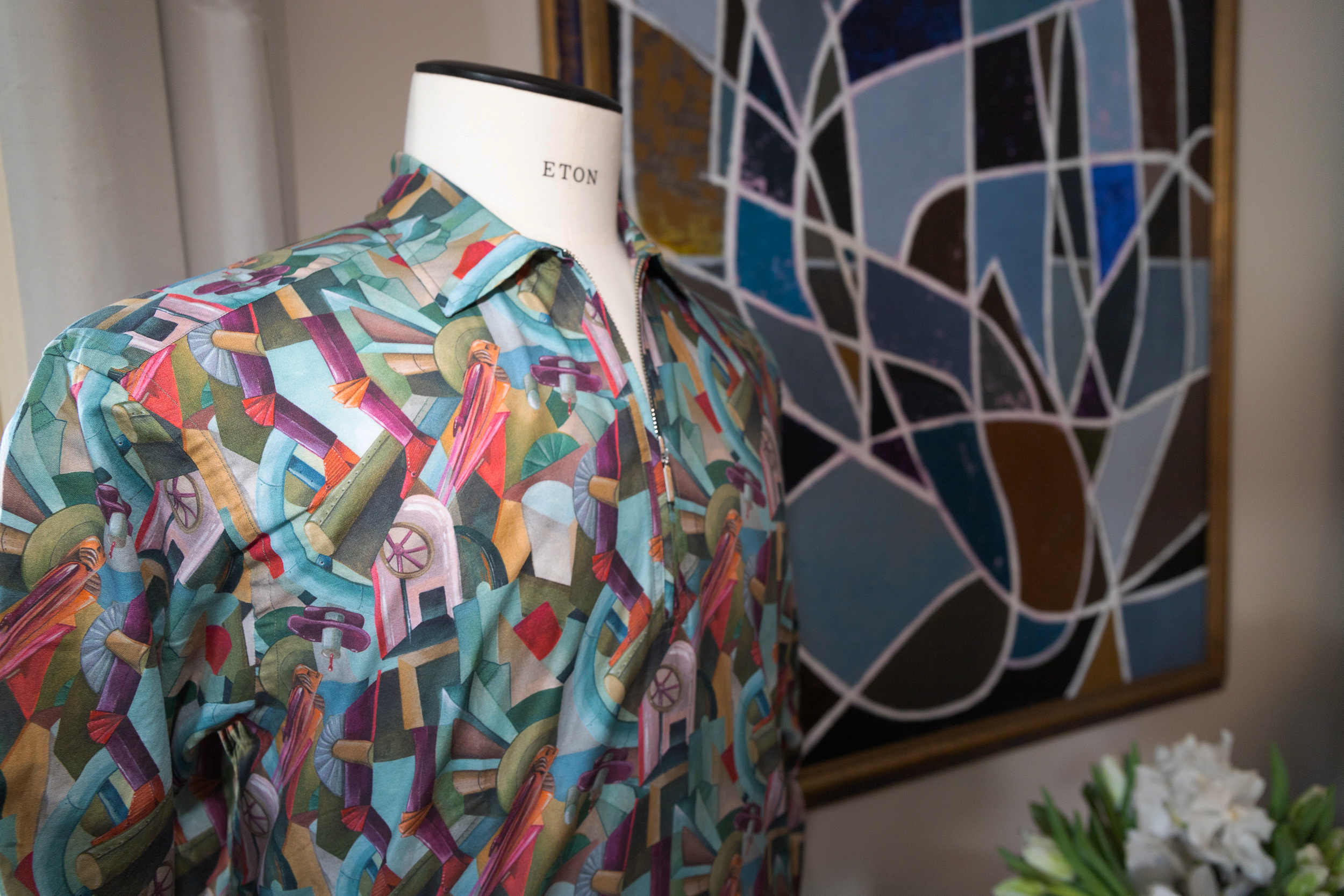 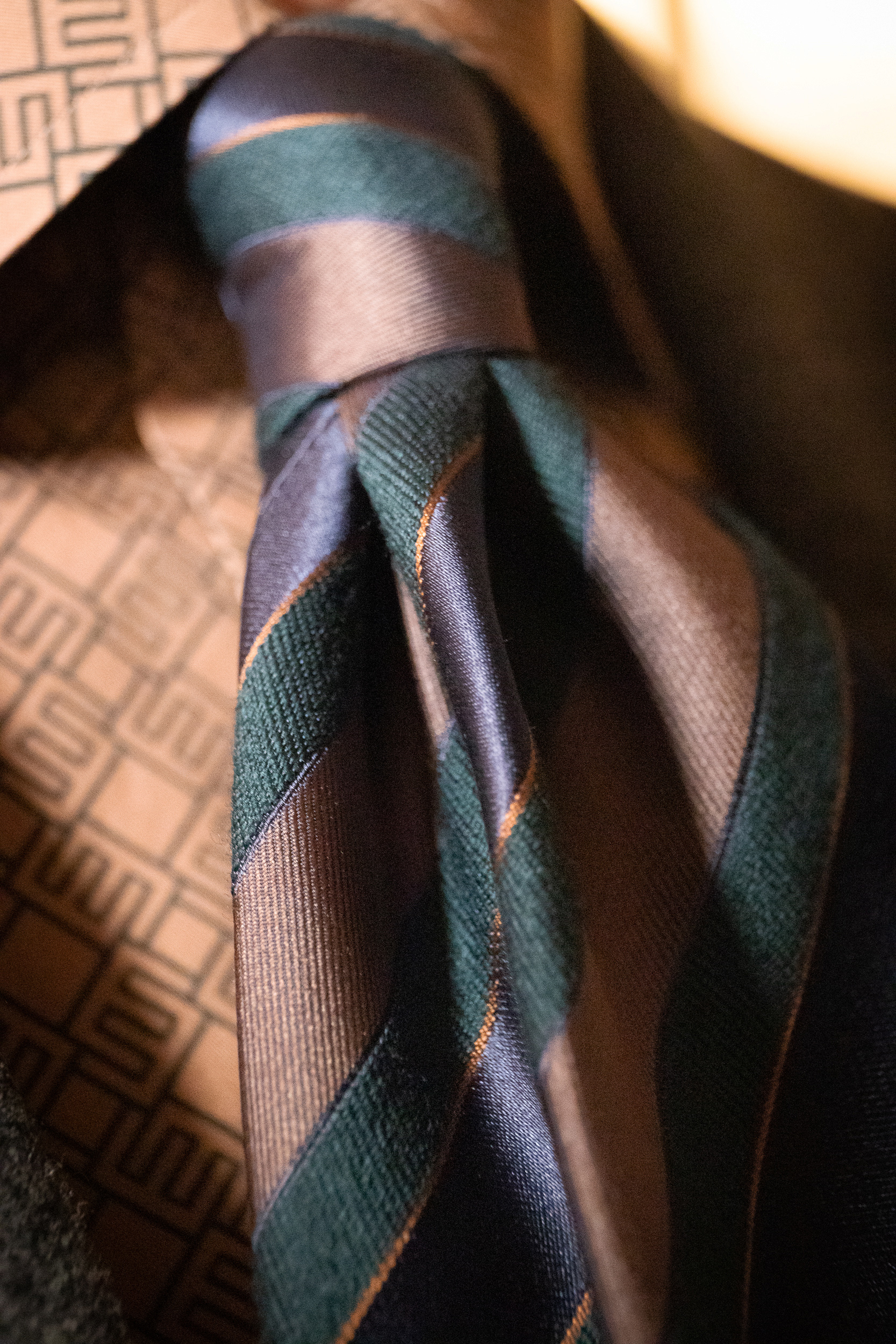 Later the same day, Tiger of Sweden celebrated their AW20-collection at the Arta Art Gallery. The space is a refreshing contrast to otherwise opulent Florence — a few simple white rooms and an outside space in the shape of an informal garden, characterized by a number of tall banana trees, an unusual sight in this part of the world. Inside, the new collection, inspired by photos of Greta Garbo, was showcased. Garbo is one of the most mythical of references from the Swedish 20th century, known both as an international celebrity and a recluse, famous both for her beauty and sense of style. The result is both elegant and wearable. 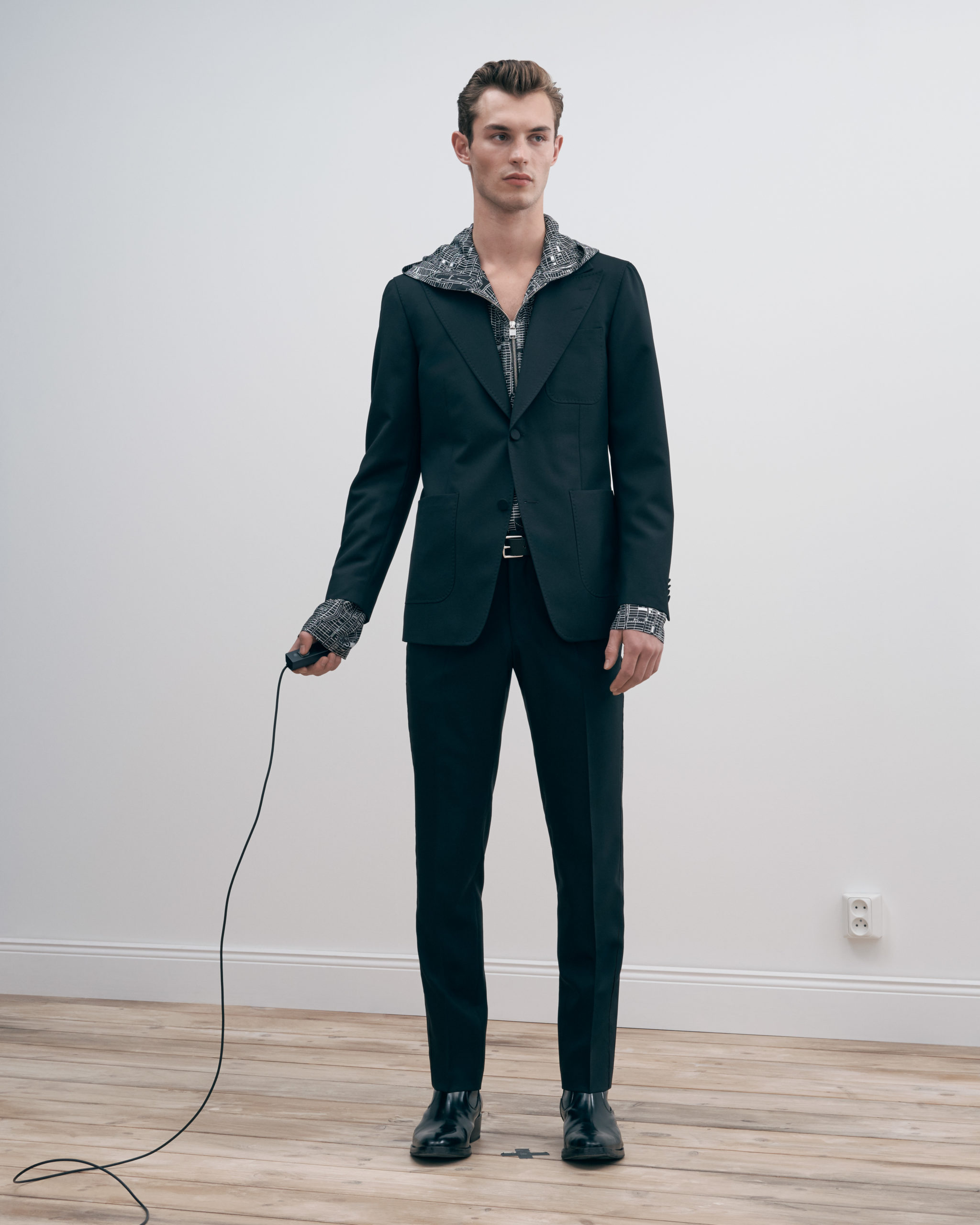 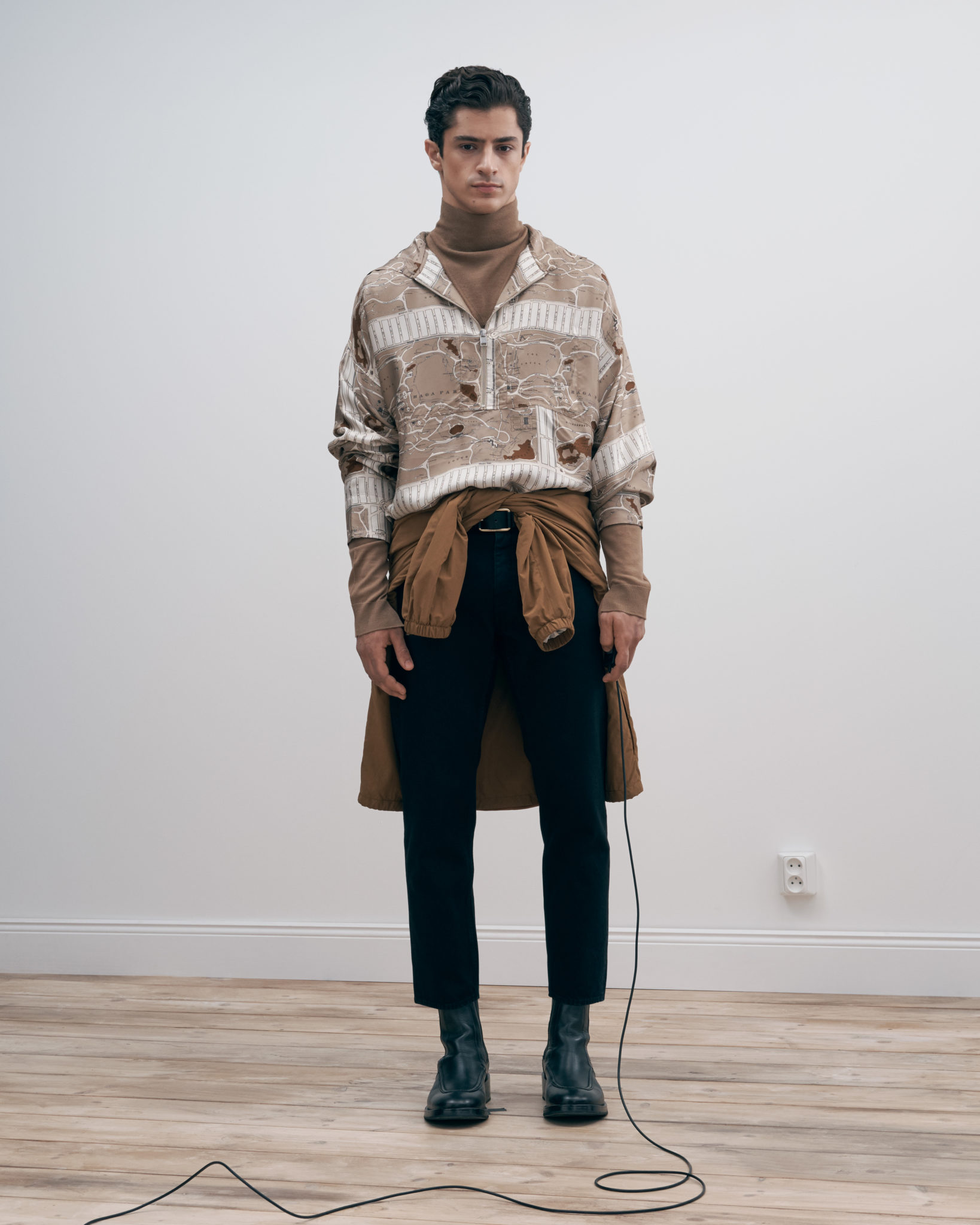 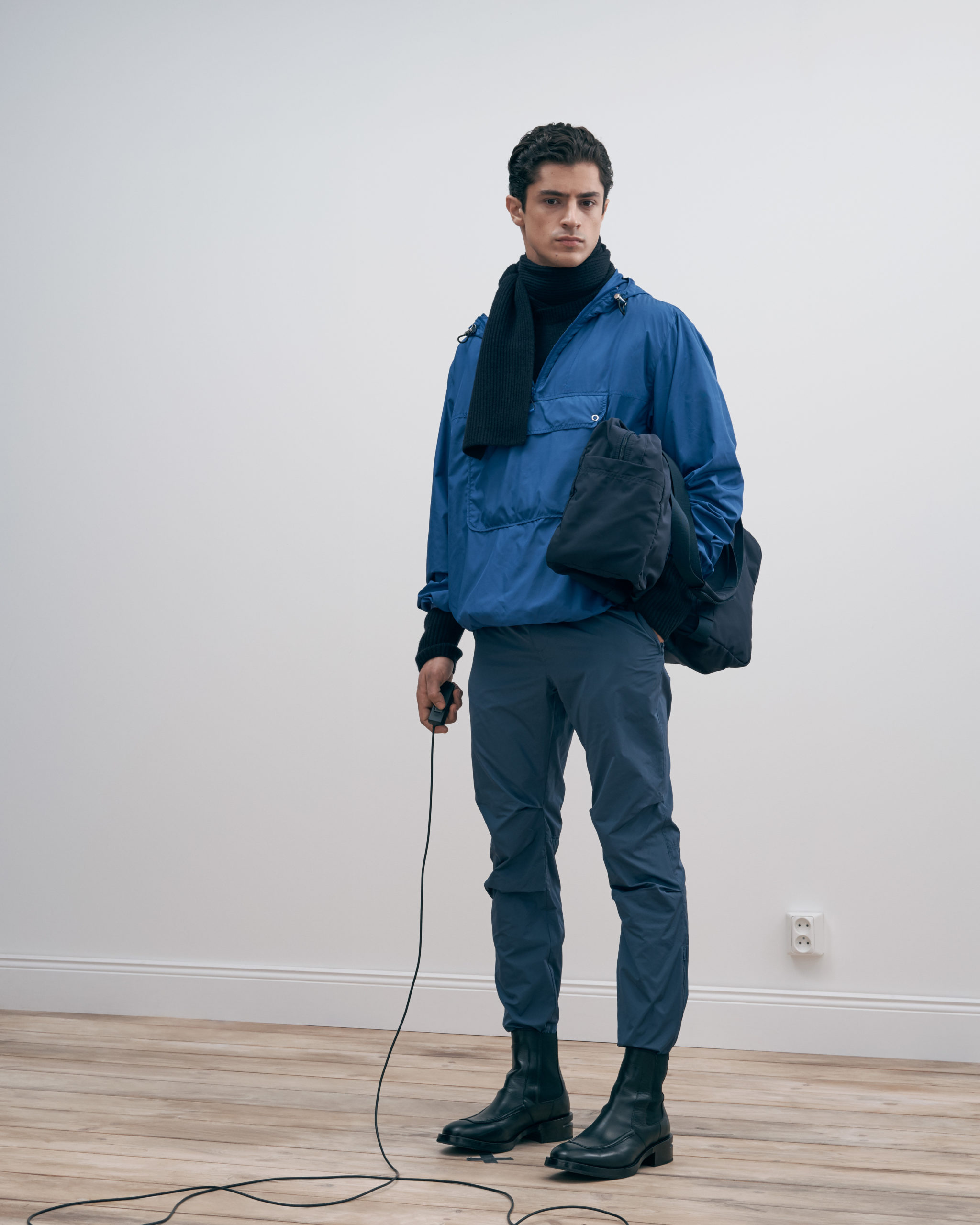 Another event that made a significant impact was the collaboration between Rolf Ekroth and sporting brand Terinit. With a history going back to 1949, the collaboration with the young designer has already brought a new sense of direction to the Finnish brand. The presentation of the new collection was characterized by a kind of subtle melancholy and poetic fragility, made even more apparent through clever styling, which also underlined the intricate ways in which colour, shapes and textiles support one another in the collection. The coats and ponchos in metallic and green and silver made a particular mark. 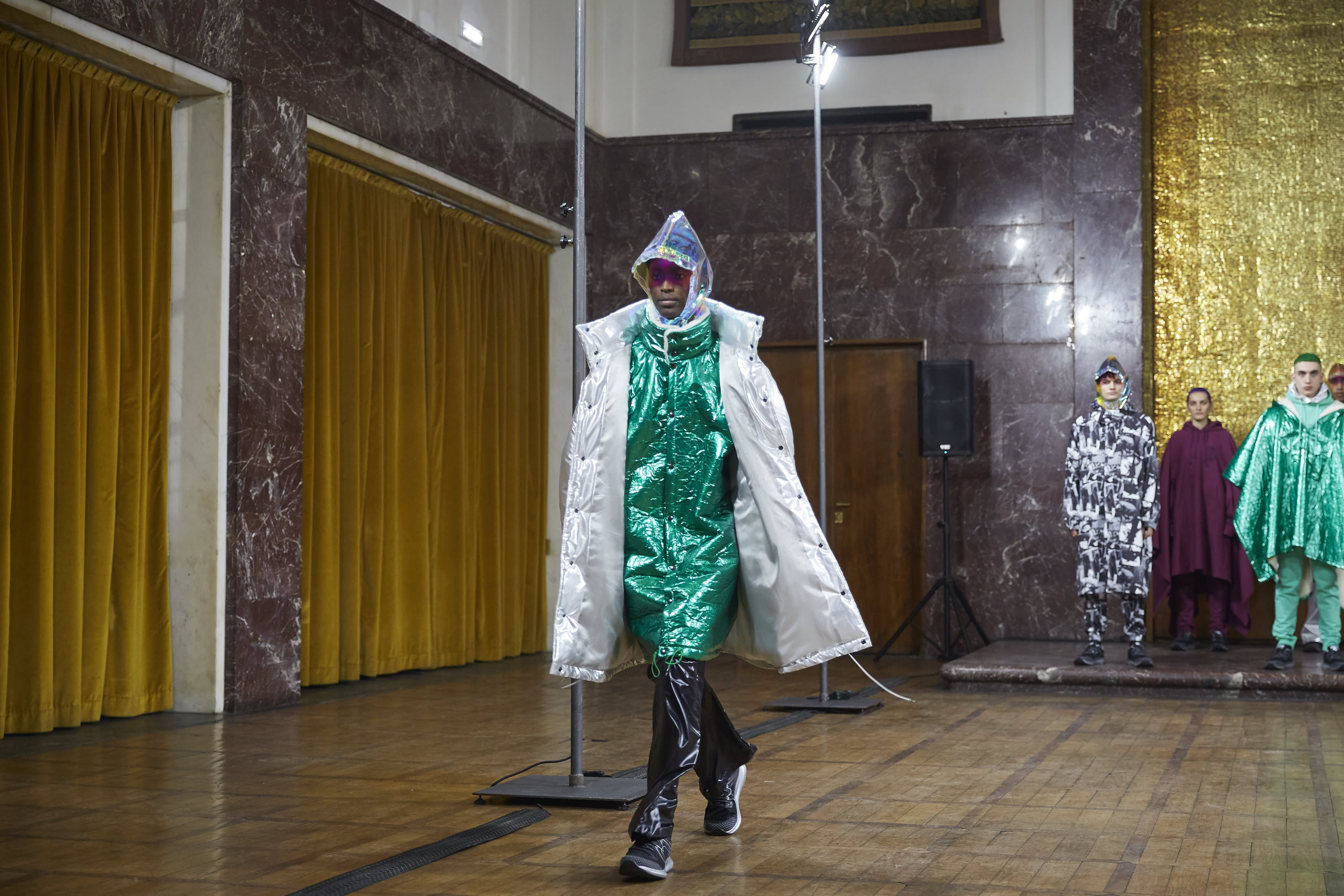 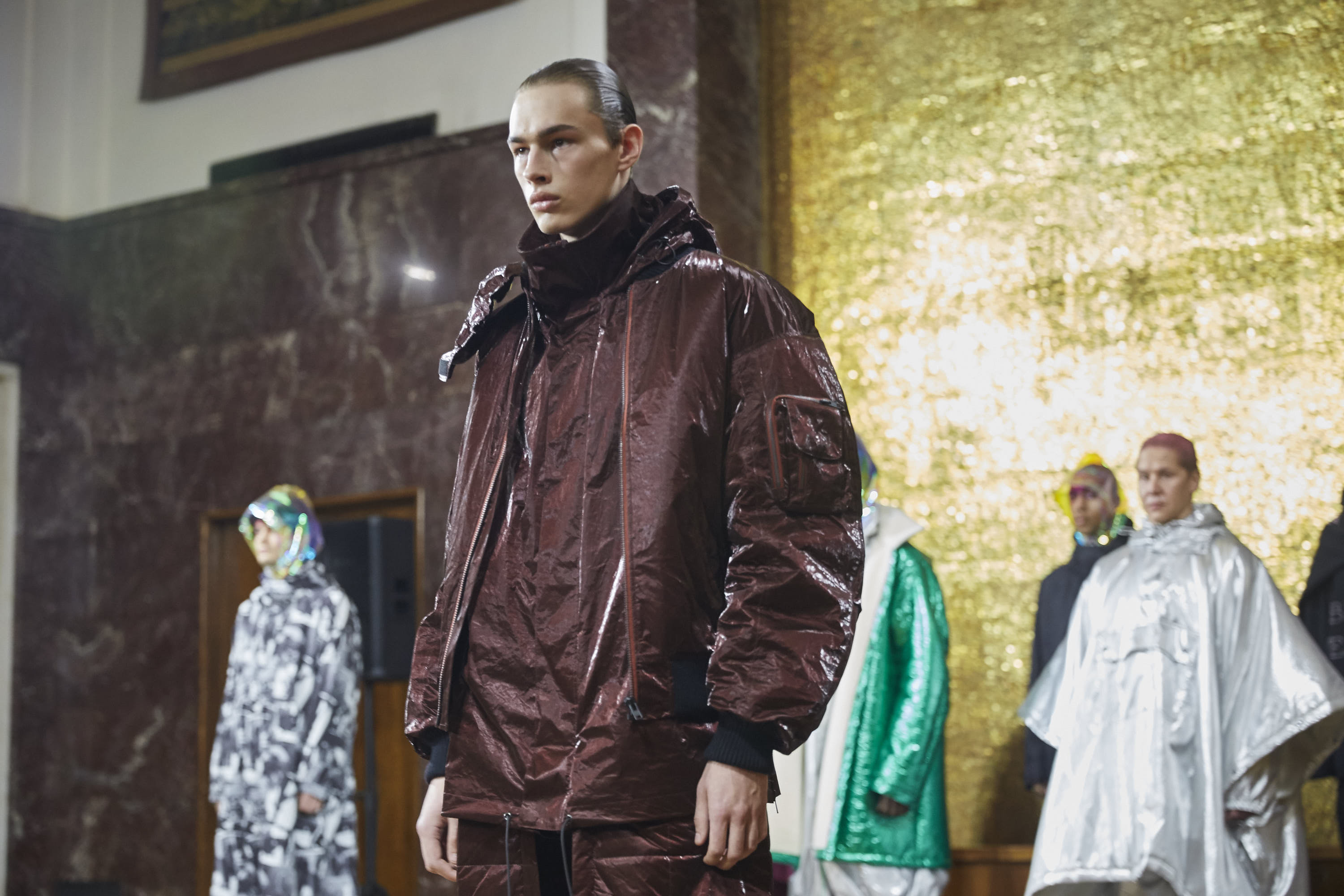 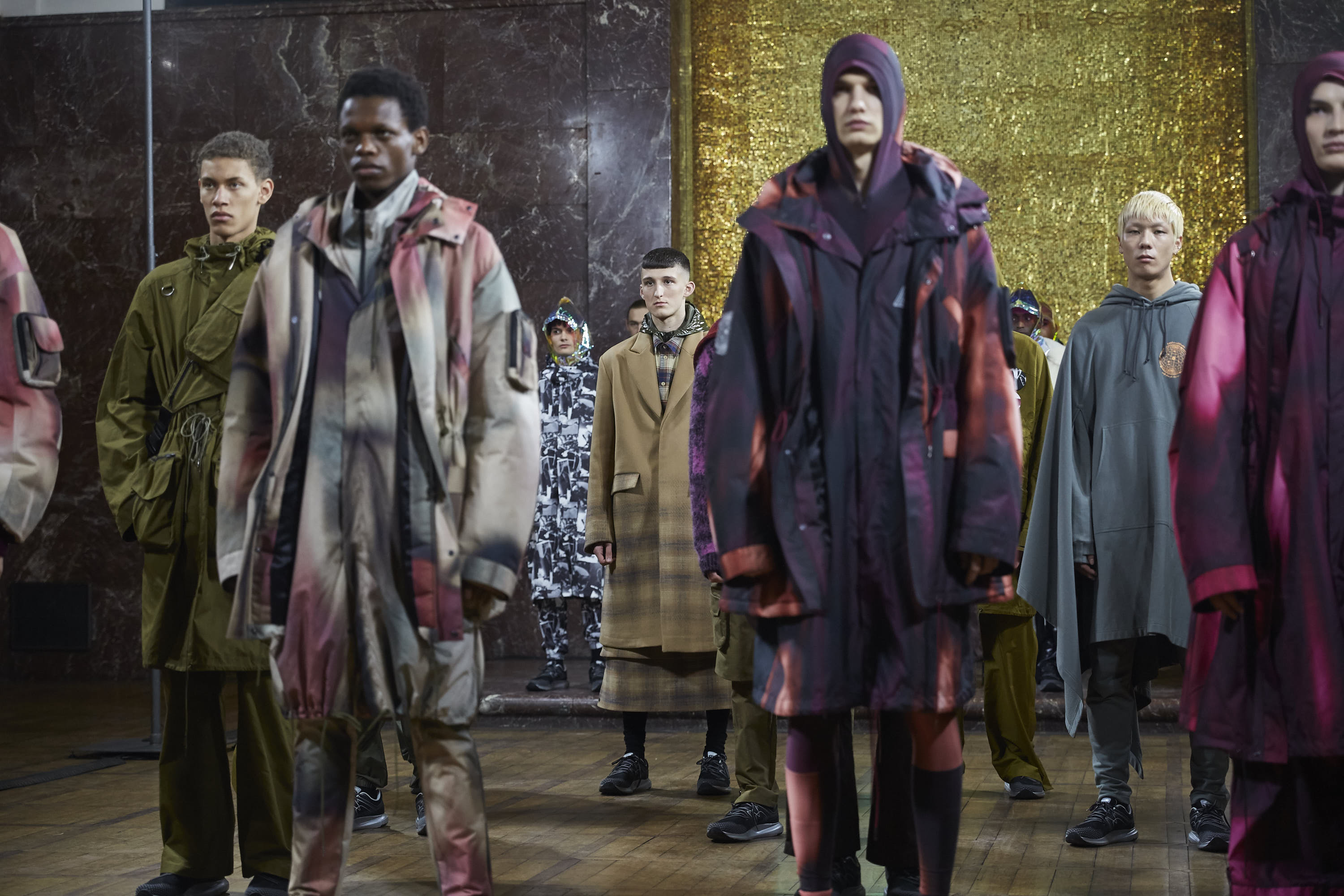