”I am not exactly a minimalist”

Acclaimed and award-winning glassblower Hanna Hansdotter describes her new works as ”a bit more of everything”.

She recently bought a place outside of Skruv, Småland, located in the middle of what is called the Kingdom of Crystal.

— I live here with my son, two cats and five chickens. I have a studio at home and another one near the hot shop which I work in when we blow glass.

Since graduating in 2017, she’s mainly worked with art glass and partly as a designer for Kosta Boda, but also made smaller collections as well as a public work.

— My main focus has been on the art glass where I make large, and smaller, glass sculptures blown in iron molds. I started working on the sculptures during my graduate work from Konstfack and since then I have developed this further. The works are bubbly ornamented glass bodies swelling and shining in different shapes and colors.

She’s now having her second solo exhibition, 2.0, at CFHILL in Stockholm.

— The new works are unique with more painterly elements and a bit more of everything. Before, they were more subtle, though very expressive, I am not exactly a minimalist. The works are presented in their renaissance room which is ornamented from top to floor and we presented the sculptures on a mirror surface to connect the room with the objects. 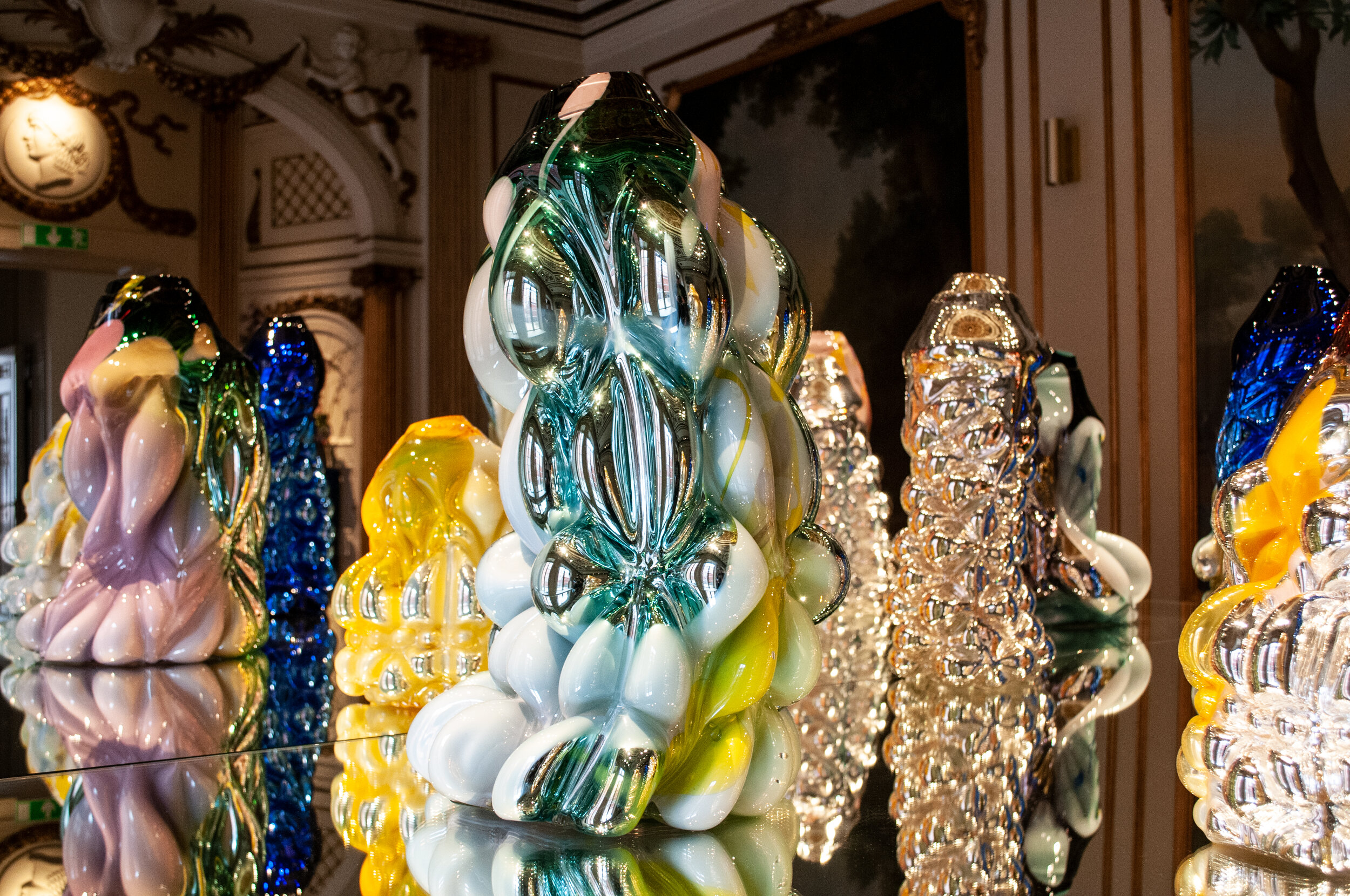 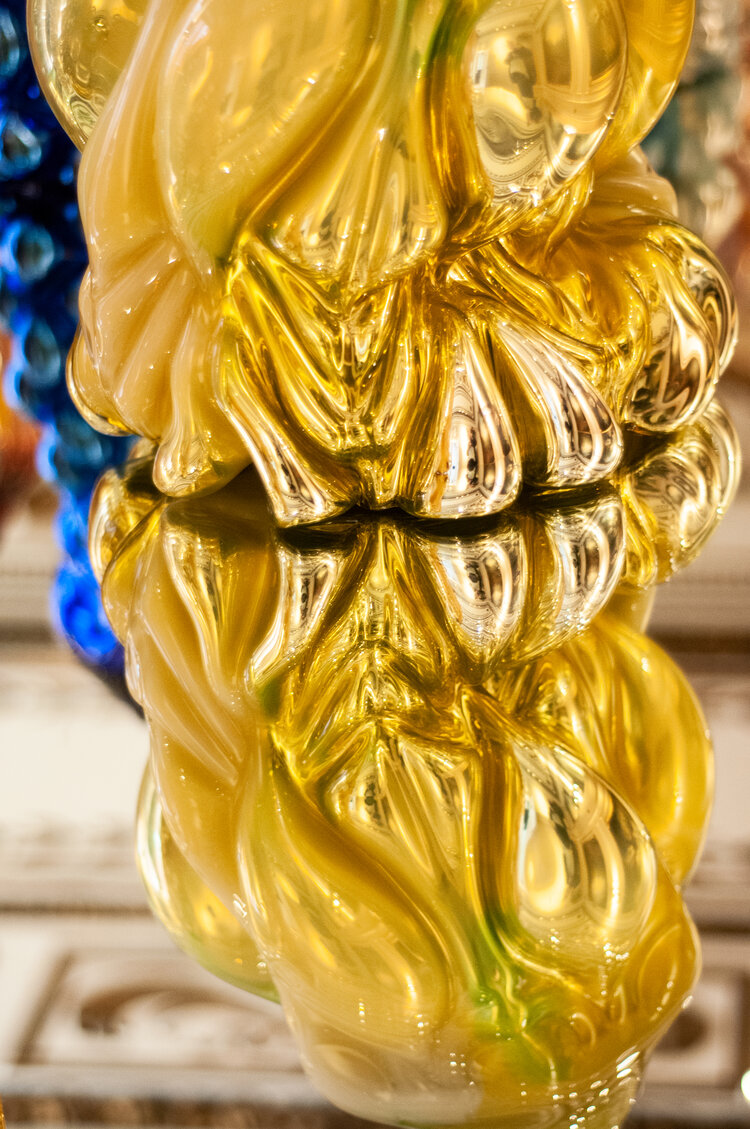 What’s next for you?

— Right now I’m preparing for the next show opening in a couple of weeks. After that there will probably be some time at home and hopefully time to fix at home in the yard. I am in the process of preparing workshops in the new studio so that I can work more from home. I will also work with futural collections for Kosta Boda, says Hansdotter. 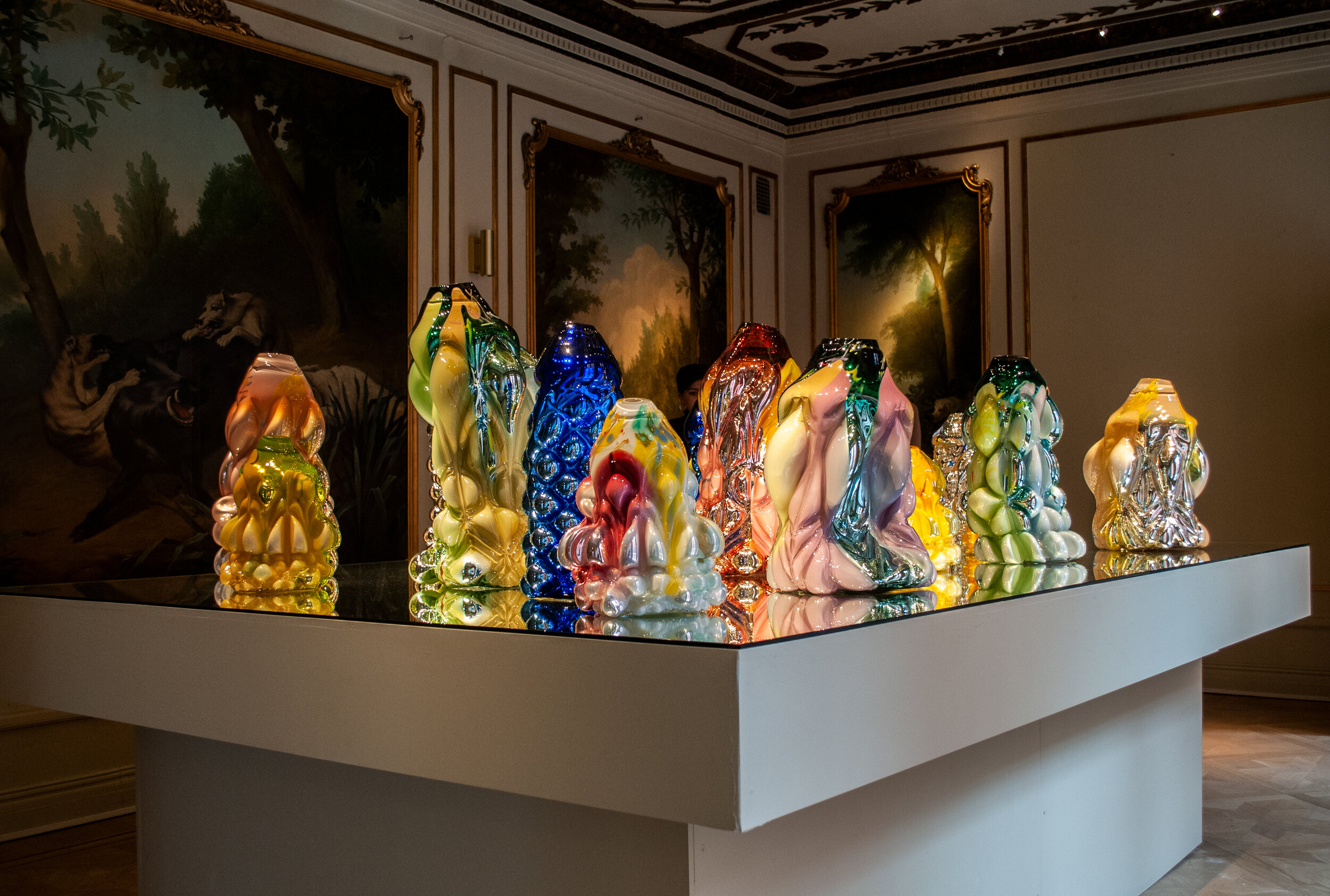 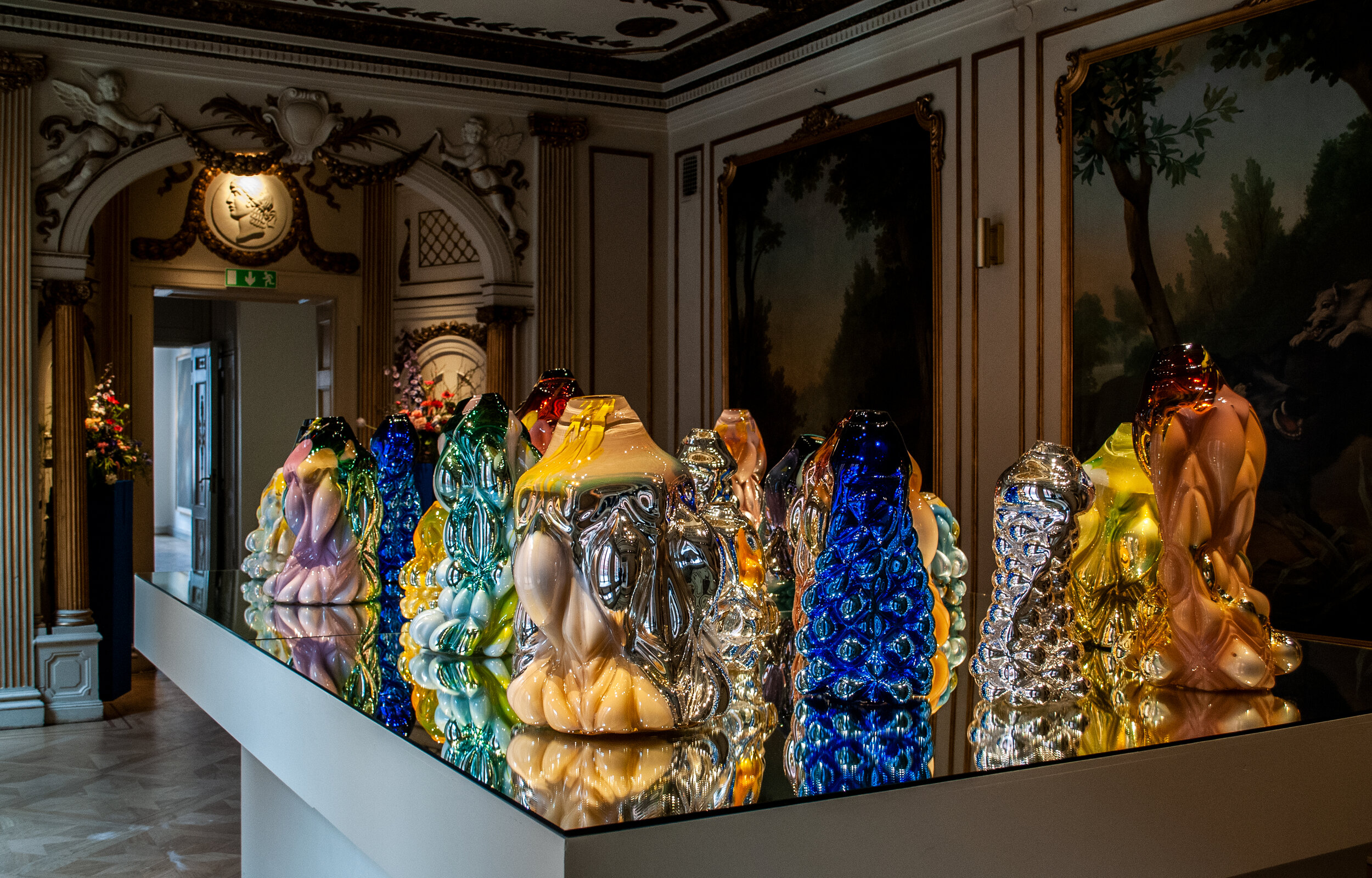 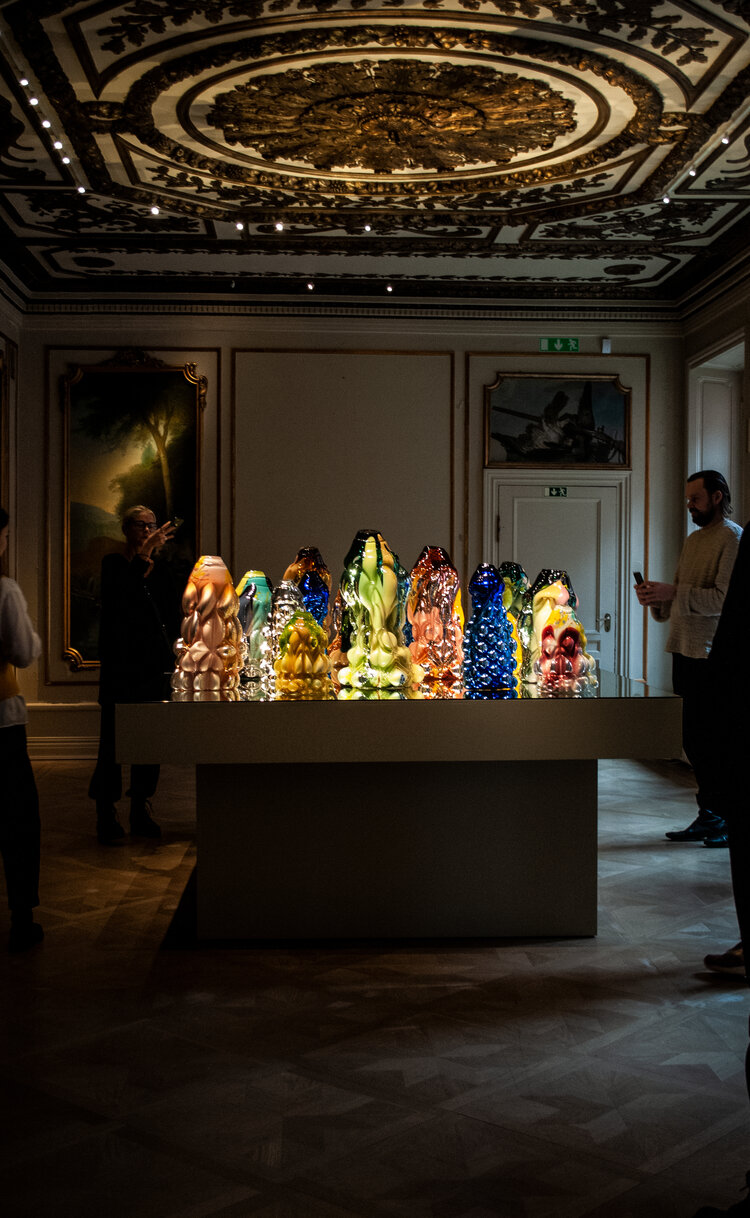 Hanna Hansdotter’s exhibition runs until March 28 at CFHILL. Please note that due to corona, the space is now only open by appointment